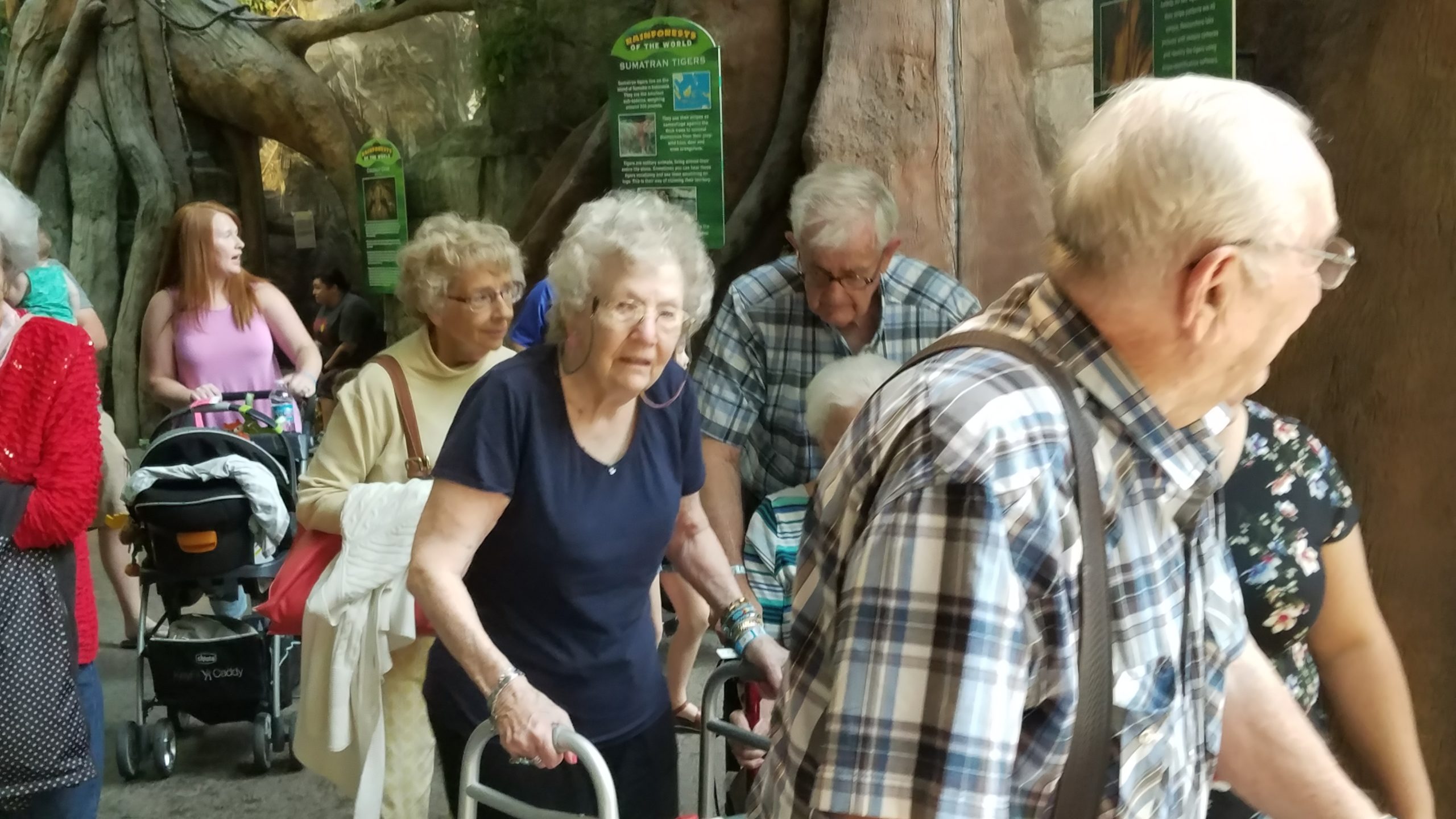 It all started in July when the residents and I met for Meet & Greet, like we did every morning. I had asked the residents where they would like to go on the next bus outing. Most of the residents voted to go shopping because we had not in a long time. After discussing different places we go shopping, the residents decided to go to Scheels. 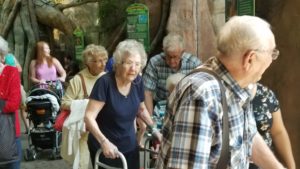 I always know when an outing was a good success when the residents talk about it for two weeks. The biggest hit at Scheels was the aquarium at the front of the store. One morning, sitting at Meet & Greet, its time to talk about our next outing again. A care staff decided that she wanted to sit in with the residents. The residents were a little quiet that day on giving ideas. So, knowing the residents’ response to the Scheels Aquarium, the care staff asked if anyone would be interested in going to the Downtown Denver Aquarium. It was unanimous! Every residents and staff were excited for this trip! It was planned for a day in August. 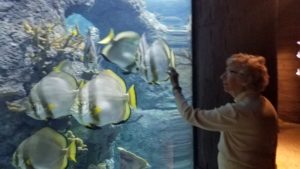 Oh man! The Denver Aquarium was an amazing trip! Seeing the day they had is the definition as to why I come to work every day. After a couple weeks of talking about the Aquarium, a resident approached me and asked why we didn’t have our own fish tank in the community. I thought it was a great idea! I mean, why not? 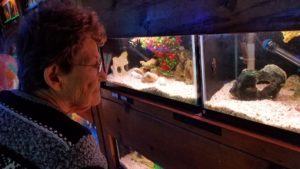 So, after much discussion from our management team we found a way to get a fish tank donated to us. We then talked to the residents about going to the pet store to purchase an aquarium scene as well as the fish themselves. Now, im not to knowledgeable when it comes to fish. I just like to look at them. But Anna, our chef, knows it all! Anna took on the project of the fish tank with the residents.

Once again, we are sitting at Meet & Greet and we talk about when we want to go to the pet store.
The residents picked out the décor of the tank and the type of fish they wanted to have. When we got back to the facility, I printed out a packet that provided a picture of each fish as well as some fun facts about that fish. The packet hangs on the fish tank for anyone to use. Of course, it disappears occasionally, so we just replace it. 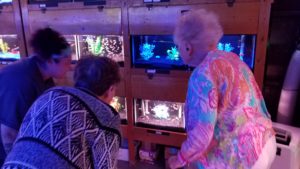 Even though this was a 6-7-month long process, the journey has been amazing! Between the residents, the staff, the other managers and myself, we had an amazing adventure that was full of new experiences, fun, and knowledge! As of today, the fish tank stands strong and we are all still loving it. Our residents take it upon themselves to make sure the fish are fed every day. They even make sure to sign the clipboard that they have fed the fish!

This – is why I love my job. This is why I come back every day.

This is my Montessori Miracle at Windsong!